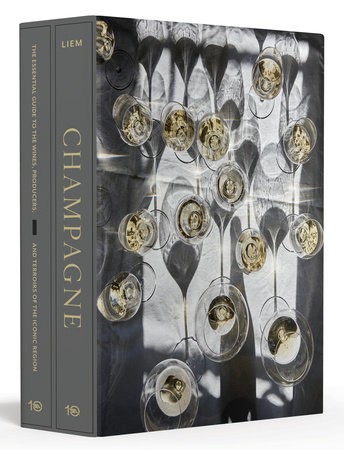 A stunning box set, complete with seven vintage maps in a pull-out drawer.

Based on six years of on-the-ground research and unprecedented access to actual Champagne growers, Champagne is the first book to actually describe producers and wines based on their terroir – enlightening readers by showing them exactly where, how, and by whom these great wines are made.

Champagne is one of the most iconic, sought-after wines in the world, beloved by serious wine collectors as well as everyday wine drinkers. However, it is also one of the most misunderstood wines out there – obscured by a multimillion-pound marketing industry that makes it difficult for consumers to honestly judge value and understand what they’re drinking.

Included in the stunning box set are the Louis Larmat vinicultural maps – the only detailed wine maps of the region, which were commissioned by the French government in the mid-1940s and have never appeared in print in English.

Peter Liem  is an American wine writer and the author of ChampagneGuide.net. Following nearly a decade in the wine trade, he was a senior editor, critic, and tasting director for Wine & Spirits, and his writings on sherry, Champagne, and other wines have appeared in publications such as The World of Fine Wine, The Art of Eating, Decanter and the San Francisco Chronicle. He lives in Champagne.