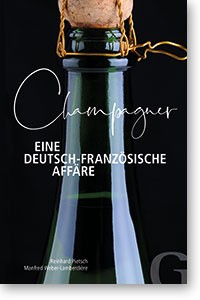 When the tiny pearls rise in the slim glass and tickle your nose, the first sip, well chilled, rolls over your tongue - then there is something to celebrate. The champagne, the finest of all sparkling wines, stands for luxury and enjoyment. But the most French of all drinks would not be available today if the English had not created a fashion trend in the 17th century, which some Germans who moved to France then picked up.
Many German winemakers and wine merchants came to Champagne at the end of the 18th and beginning of the 19th centuries, founded their own companies or became cellar masters and partners of existing companies. They traveled all over Europe and America, they spoke foreign languages ​​and were good salespeople. They loaded horse-drawn carriages and ships with their valuable cargo and delivered them to royal and princely houses. They knew about their preferences - very sweet for the Russian tsar, dry for the English, semi-dry for the Germans. The history of champagne began 350 years ago when people wanted to get rid of the bubbles in wine. In this book you can find out what makes champagne so unique to this day and what role the Germans played in it.

Born in 1953, worked in Freiburg i.Br. and Edinburgh studied English, German and mathematics, and then worked for several publishing houses as an editorial, program and publishing manager. For several years he has been working as a freelance writer and editor in the fields of history, advice and popular science. He has been very concerned with German landscapes and their history and has written several books about it. Today he lives near Munich. Vienna is his second home.