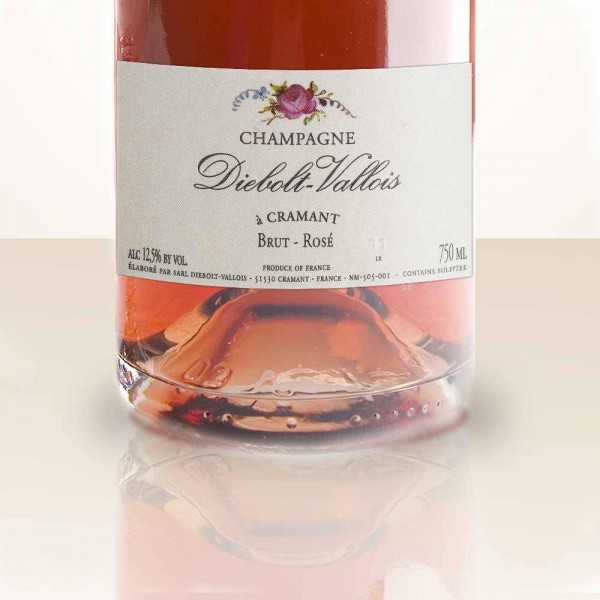 Originates primarily from the Les Toulettes vineyard in Epernay (familiar to many for the high-end Toulette cuvée from Janisson-Baradon).

Diebolt first attempted rosé Champagnes in 1982, 1983 and 1985; after an extended break, it resumed its efforts in 2009. Those twenty years between were spent concentrated almost exclusively on Blanc de Blanc Champagne.

Tasting FEB20: Due to the long ripening, it appears relatively vinous and berry, despite the high proportion of Chardonnay, a nice accompaniment to food.