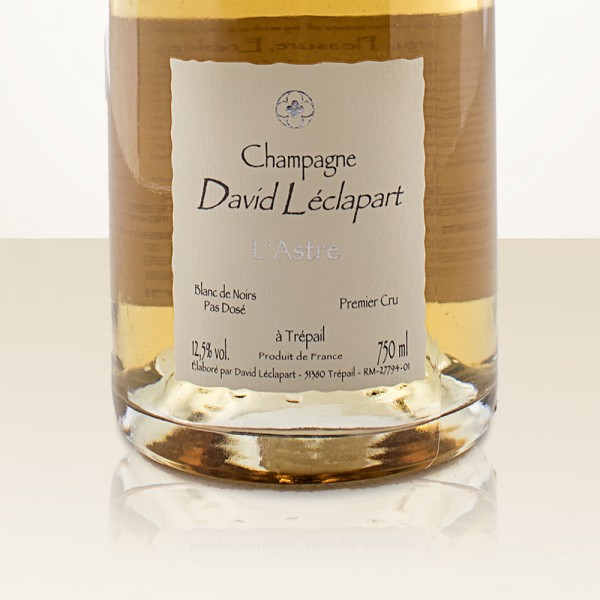 Peter Liem: Beginning with the 2010 vintage, however, Léclapart has discontinued making rosé, using his pinot noir to make a blanc de noirs called L’Astre. “In 2010,” he explains,” there was a great deal of rot, and the grapes turned very quickly. I couldn’t do a maceration, because of the risk of mold and unpleasant tastes, so I pressed all of the pinot noir instead. It turned out great, so I decided to do it again in 2011 and 2013. Maybe I’ll do an Alchemiste again, in a really good year, but I don’t know yet.” The inaugural release of L’Astre combines his two old-vine parcels of pinot noir with two parcels of younger vines, planted in 1997 and 2001, and the wine was vinified entirely in secondhand barriques. This was repeated in 2011, but in 2012 Léclapart’s harvest was so tiny that he blended all of the estate’s grapes together to make a single cuvée. In 2013, he used his pinot noir to make both L’Astre and a Coteaux Champenois rouge, and he’ll likely continue to do this in top vintages.