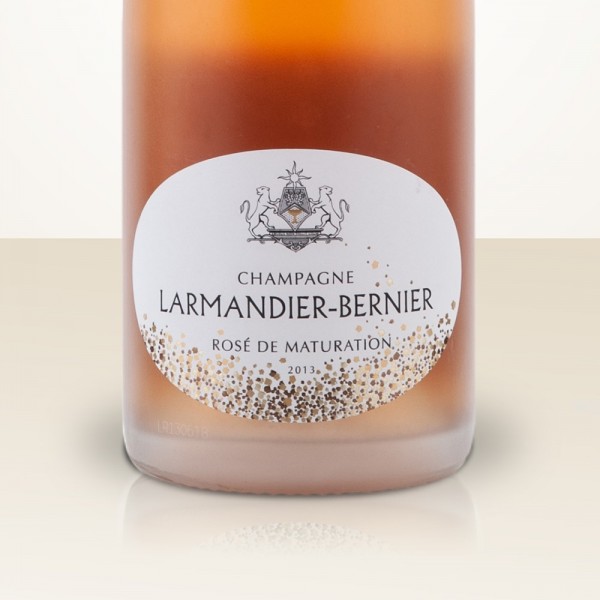 This champagne was produced for the first time in 2013, and Larmandier wanted to research the aging potential of the Rosé de Saignée. A part of the classic Rosé de Saignée had been stored on the yeast in a wooden barrel before it was assembled with another part of the Saignée, vinified in a  concrete egg. Subsequent bottle aging for 4 years.

WineAdvocate/Robert Parker September 2020 - 94. P. - A new cuvée for Larmandier-Bernier makes its debut with the 2013 Extra-Brut Rosé de Maturation. Like the house's Rosé de Saignée, long one of my favorite rosé Champagnes, this derives from old-vine Pinot Noir and Pinot Gris in Vertus, and it's also produced by the saignée method, seeing three days' maceration; but unlike that wine, which is raised in tank and concrete eggs, this cuvée sees 40% maturation in wood with the balance in concrete eggs, and it sees longer sur lattes aging, too—fully six years before this first release was disgorged, with three grams dosage. The boisterous expression of fruit and flowers that defines the Rosé de Saignée is here transformed into something more subtle but just as lively, mingling nuances of red berries, dried orange peel, potpourri and ginger. On the palate, it's medium to full-bodied, with a delicate mousse and mouthwateringly sapid qualities that suggest thrilling gastronomic potential. This is a lovely addition to the portfolio, and I look forward to getting to know it better over the coming years.