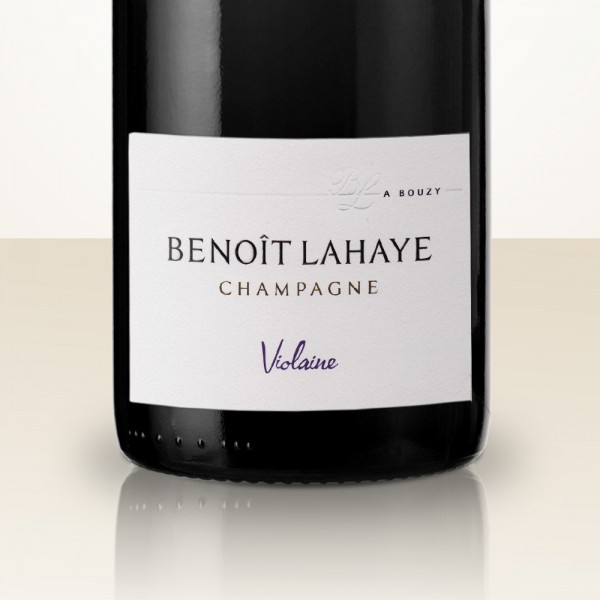 Peter Liem: In the 2008 vintage, Lahaye began making a sans soufre champagne, called Violaine. Made of equal parts chardonnay and pinot noir, this comes from two adjacent parcels of 20-year-old vines on the border of Bouzy and Tauxières: the chardonnay is planted on the Tauxières side, in the west-facing vineyard of Les Argentières, while the pinot noir is from Les Monts des Tours on the Bouzy side, which is more southerly in exposition, with a more gentle slope. In the first vintage, Lahaye fermented with selected yeasts rather than native ones: "In the first year," he says, "I wanted to see the real effects of vinification without sulfur, and I didn't want to risk the variability of indigenous yeasts." Satisfied with his progress, he has fermented subsequent editions with native yeasts; the wine is made entirely without added sulfur from start to finish, and left on its lees until July, with no racking until bottling. While Violaine has always come from a single harvest, it hasn’t been released as a vintage-dated champagne, although this will change beginning with the 2013 or 2014 release.